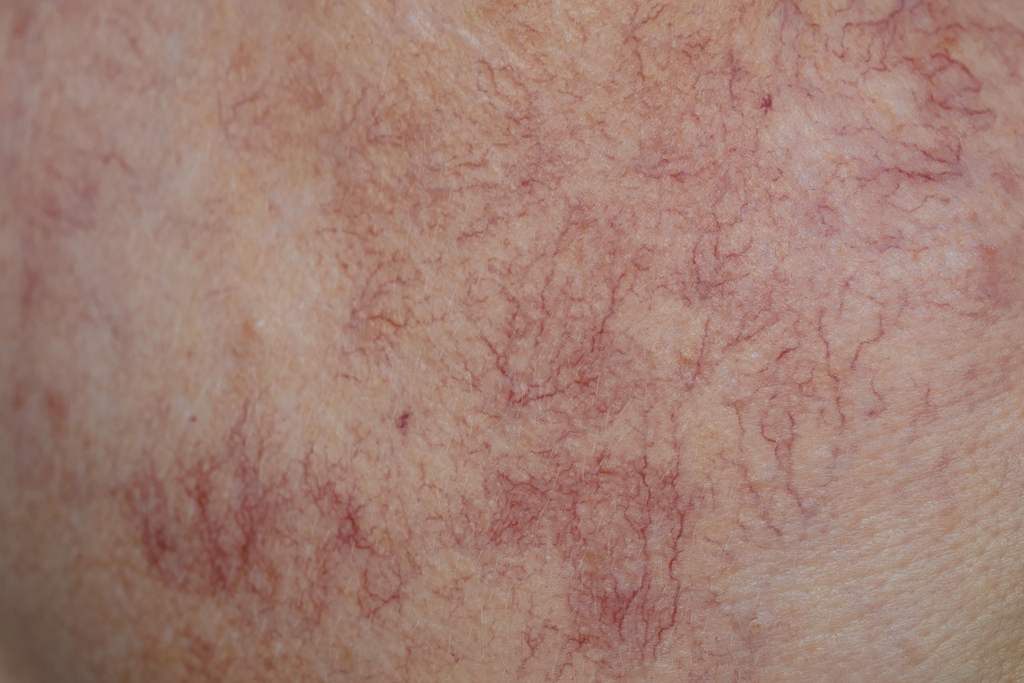 Q: What is telangiectasia?

Telangiectasia is a condition in which blood vessels widen, causing small red or purple clusters to appear gradually on the skin. These are usually spidery in appearance; hence, the nickname off ‘spider veins’.

Q: Are you likely to experience telangiectasia?

The exact cause of telangiectasia is unknown, but it’s believed to be caused by the sun as it usually appears in areas that are exposed to the sun such as the lips, eyes, fingers and eyes. Other possible causes include alcoholism, ageing and pregnancy.

Q: What are the health risks of telangiectasia?

Telangiectasia in the skin may be red or purple in colour and some may look like a permanent bruise. While it may appear unsightly and simply uncomfortable, it isn’t life threatening.

Q: How do you treat telangiectasia?

Telangiectasia’s treatment simply focuses on improving the appearance of the skin. There are different methods that range from laser ablation (sealing the widened blood vessels with a laser), to surgery, where widened vessels are removed. Laser ablation has a short recovery time and causes little pain, while surgery may cause a lot of pain and has a long recovery time.