One peel can vary from the next depending on skin type, skin goals, and the specific acids used.

Initial assumptions are that chemical peels were one-size-fits-all (and likely bound for tragedy).

Now there’s so much science involved. It’s all incredibly strategic, which is why it’s imperative to only ever see a qualified practitioner.

Thus, let’s head to the mythical Jessner peel. Okay, it’s not exactly mythical, but it’s commonly searched for (think a 3600-and-growing search volume on Google), yet its true magic seems murky and vague upon research.

So, with the help of us let’s decode the Jessner peel once and for all.

The Jessner peel (or the more commonly used modified Jessner peel) is a safe, effective way of maintaining the skin and is also very effective on body parts too. This peel is often used to address things like crepey leg skin, pigmented backs, back acne, and more.

It’s important to understand there are three different classes of peels, which fall somewhere on a scale between superficial (requiring little to no downtime) and deep (requiring weeks, maybe even months, of downtime). The Jessner peel falls somewhere in the middle.

The Jessner solution is a commonly used medium-depth peeling agent, which means the solution only affects the upper layers of the dermis, in a controlled manner. It requires specific application rules, and the traditional peel features a mix of alpha and beta-hydroxy acids in a specific ratio of resorcinol, salicylic, and lactic acid in a colloidal silver, gold and plant stem cell base.

Salicylic acid is Keratolytic in nature and therefore dissolves hardened skin cells within the epidermal (aka outermost) layer of the skin while lactic acid simultaneously adds a dose of hydration. Then, resorcinol has historically been used in the Jessner formula thanks to its natural antiseptic properties.

Jessner solution is a leave-in solution that is self-neutralising and takes several days to complete the peeling process. This kind of peel has to be left undisturbed (without application of water or oil) in the skin for a minimum of six to eight hours post – treatment to allow for the full benefit.

Okay, let’s talk benefits. In the most simplistic of terms, Claire explains that the Jessner solution essentially deconstructs the top-most layer of the skin and, in turn, triggers an inflammatory response from the skin layers that sit below. Ultimately, since our skin has a natural intuition to heal itself, this leads to the removal of actinic keratoses (translation: sun damage) and the improvement of minor hyperpigmentation, scarring, wrinkles, tone and elasticity.

“If the pre- and post-peel instructions are followed, there should be no side effect of the peel. However, the main risks are skin blanching (when peeling solution penetrates too deep in the skin because too many layers are being applied) and exposure to UV radiation shortly after peeling, both of which can lead to hyperpigmentation,” says Claire.

In other words, only ever go to a licensed practitioner, and make sure to follow pre and post-care instructions to a T.

“The application of the peel itself only takes a few minutes,” says Claire. “First, I’ll thoroughly cleanse the skin and hydrate it as much as possible. I like to exfoliate with a sonic blade, where molecules of water are being burst by ultrasonic waves and hydration can supplement the skin. This particular technique is my safeguard against the peel solution penetrating too fast, too deep, or in an uneven manner. After skin hydration, a layer of the peel is applied using gauze and swiped around the skin. I allow about two minutes for the penetration of the product, and I observe the skin for any ‘hot spots.’ Typically, we apply two to three layers of the peeling solution and then will apply a corrective formulation on top, which may include ingredients like retinol, vitamins, hyaluronic acid, or peptides, depending on our goals for skin and what kind of underlying conditions there are.”

Peel prep consists of not using skincare products with certain active ingredients such as retinoid, benzyl peroxide or BHAs/AHAs for a week. Clients should also avoid exposure to UV (to the point of sunburn) or antibiotic use for two weeks prior to your appointment.

Post – peel avoid applying water- or oil-based products on the application area for six to eight hours or, preferably, overnight. Water can push the solution deeper into the skin, and oil will neutralise the action of the peel. Sweating (hot yoga, exercising) and extreme temperature exposure should also be avoided for the first 24 hours. During this time, only washing, hydrating, and applying sunscreen are allowed. Around day three, the skin will tighten and start to peel, and you’ll need to add hydration-promoting products into your regimen. Follow your practitioner’s guidelines as each of you will have unique skin health needs.

Peeling is usually finished by day five, and after that, active ingredients are carefully reintroduced to the skincare regimen.

Yes, while these kinds of peels can definitely be safe and can have many lust-worthy benefits, always make sure you consult with a credible skin practitioner before going all in. Your specific skin type, skincare goals, and any other underlying health conditions will dictate your optimal peel and/or treatment plan for the Jessner peel experience. 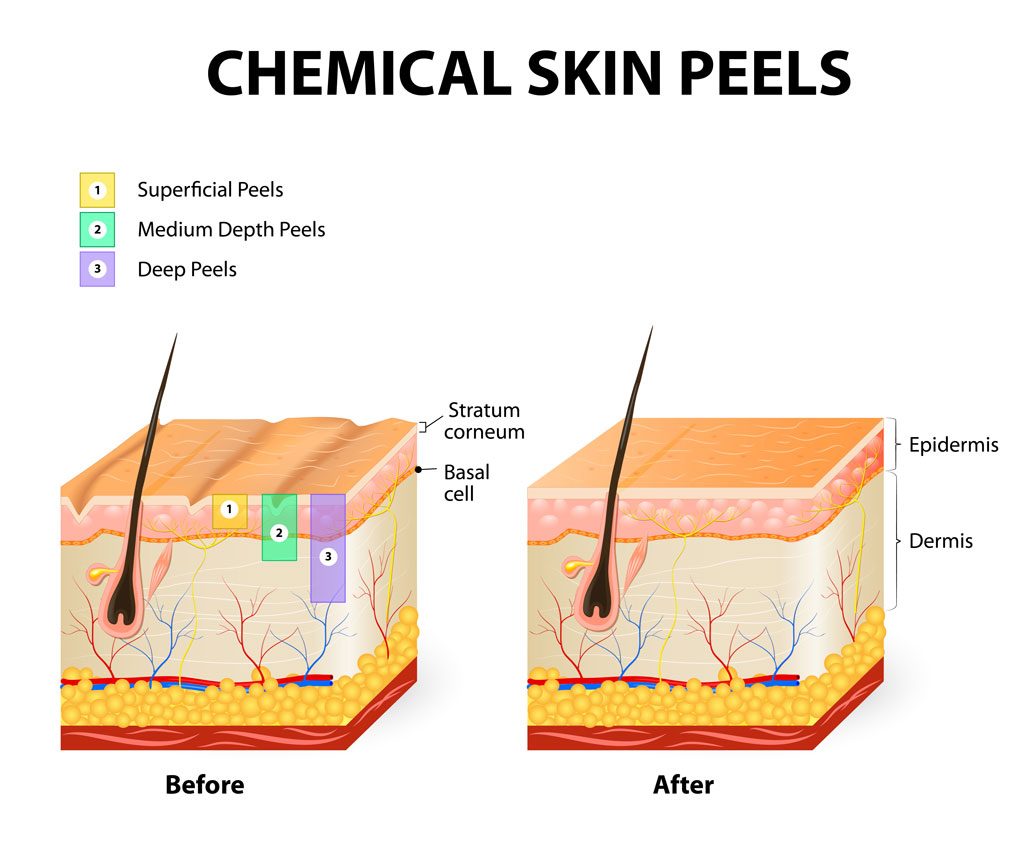