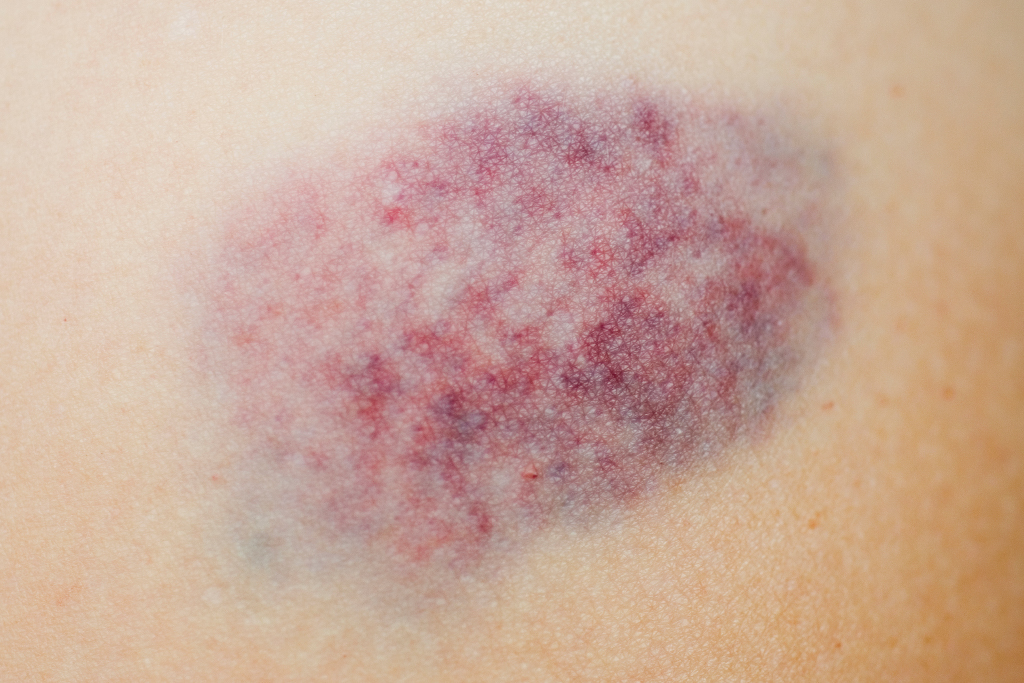 Q: What is a bruise?

We’ve all seen these before. Bruises are blue and black marks that usually appear on the skin due to trauma from a blow or a cut. Bruises appear because tiny blood vessels called capillaries burst and the blood gets trapped below the surface, hence causing the bruise.

Q: How likely are you to get a bruise?

Pretty much anyone can get a bruise as long as there is an impact on a certain area of the body.

Q: What are the health risks?

Even though bruises are extremely common, they are caused by trauma and, if the trauma is strong enough, death may occur. As a general rule of thumb, if the bruise is accompanied by serious pain and/or swelling, consult a doctor.

Q: How to treat a bruise

Most bruises will go away on their own, but if you choose to accelerate the process, you can use a cold compress and apply it to the bruised area. If the bruise is still there after 48 hours, apply a hot compress for about 10 minutes a day until it goes away.